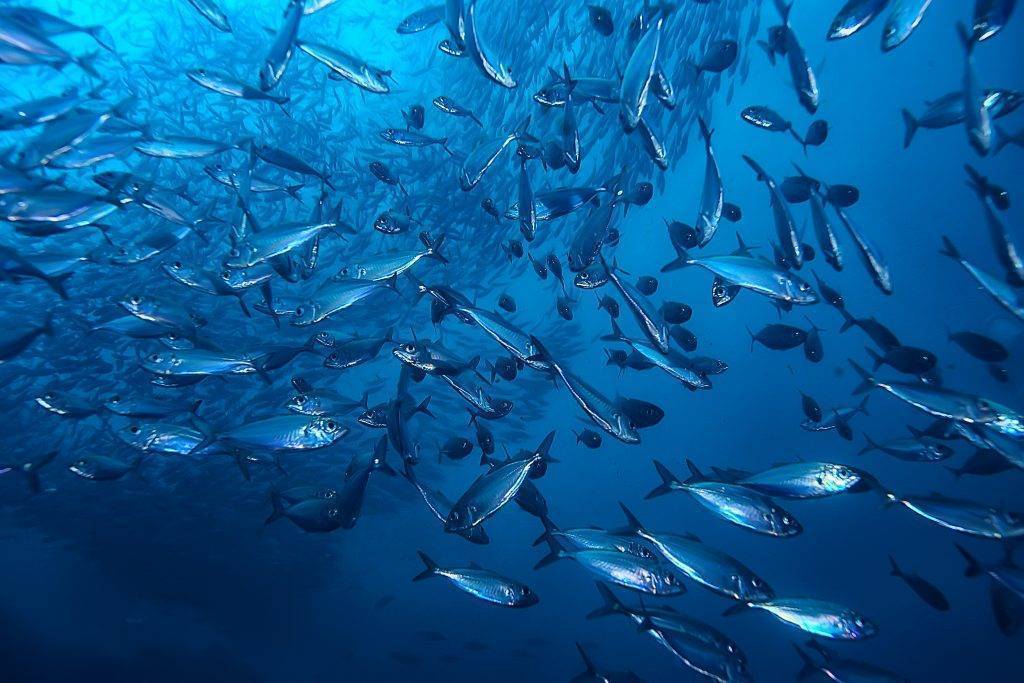 What factors do you consider before deciding what type of fish to have for dinner? Probably its taste nuances, ways of cooking, and maybe even the calories it contains. But have you ever thought about how sustainable is the fish you’re planning to cook? Is it organic? Where it’s from, etc.?

Many of us usually don’t spend time thinking about what the fish itself might have eaten throughout its life. The truth is, many fishes nowadays have been fed with mechanically processed fishmeal and fish oil that’s not the healthiest option for humans.

What is fishmeal and what is it made from?

Fishmeal is a commercial product that’s made from small and “bony trash fish”, that are low in the food chain. It is produced by drying and grinding these small fishes. If the fish used for fishmeal is a fatty fish, before drying, it is pressed to extract most of the fish oil. This brown fishmeal powder is widely used as a fertilizer, and it is also being fed to poultry, pigs, and other farmed fish.

About 90% of world fish meal production is produced from oily species of fish, like sardine, anchovy, capelin, and menhaden, but less than 10% are made from white fish offal, such as cod and haddock.

Most of the fishes that are later used for fishmeal, are the so-called “bycatches” — meaning, they were caught unintentionally while fishing for specific species or sizes of fish.

More than ¼ of wild seafood is used for fishmeal production

Many fisheries still to this day think that small fishes have no place in human consumption because they are “bony” and have lesser meat than the bigger ones.

Though, recent research has found that these smaller fishes that are processed into fishmeal and fish oil, are very valuable for human consumption. These types of fish, especially sardines and anchovies, are rich in healthy omega-3 fatty acids that our bodies can’t produce on their own. These small fish are also an amazing source of calcium, protein, and even vitamin D, as well as are rich in minerals and other nutrients, like iron, zinc, and magnesium.

The problem is, that every year 20 million tons (or a whopping quarter) of wild seafood are being used in fishmeal production, rather than directed to human consumption. But why is the fishmeal industry so worrying? 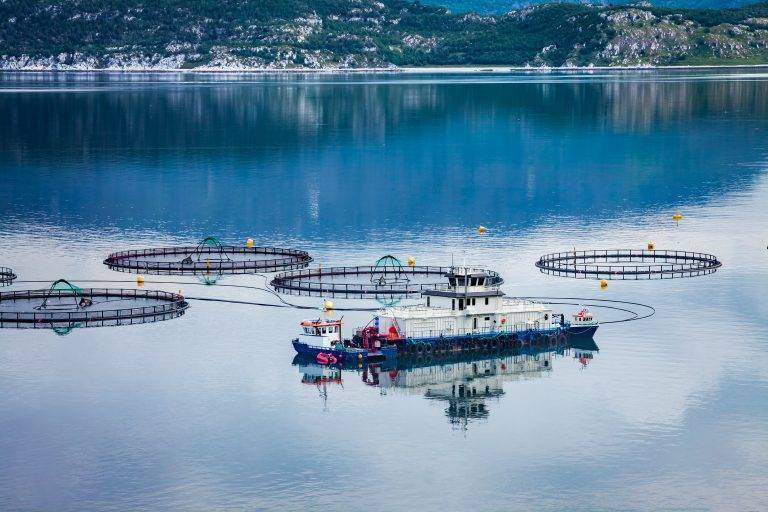 Problem #1: We can’t be sure about what’s inside the fish we consume

Fishmeal is considered a cheaper protein option, that’s why many farm animals and farmed fish are being fed with it. It can make animals and fish grow bigger and get meatier faster, which is what essentially every farmer would want, right?

Even though fishmeal has in some way high nutritional properties, that still isn’t a healthy supplement for either animals or humans. Fishmeal is highly processed. In the wild, fish consume fresh plants, seaweed, or other aquatic creatures.

In fact, poorly processed fishmeal can cause many health hazards for both humans and animals. For example, when the fishmeal gets overheated, it produces a toxic substance called gyserosinis, which causes many health issues to the animal that it’s being fed to.

Problem #2: 90% of fish used for fishmeal could be used for human consumption

That’s right — approximately 90% of all fish that we use for fishmeal can (and should!) be used to feed humans, especially those in developing countries that are suffering from hunger.

Instead, we take these fishes, mechanically process them into fishmeal and feed farmed seafood and other farm animals with it. We even use it to fertilize the soil.

The problem is that for most people (especially Americans) large, meaty fishes with a mild flavor are more demanded, therefore it is thought that small fishes are quite useless for human consumption.

To meet the seafood market demand, fisheries focus only on catching the bigger fishes, throwing the smaller ones away (or processing them into fishmeal and fish oils).

Sardines, anchovies, and herring are little fish that have evolved to endure severe predation. They’re basically the underwater equivalents of bunnies and mice. That, of course, doesn’t mean that there’s an infinite supply of them, but they reproduce considerably faster than larger predatory fish.

Wild predatory fish, such as salmon and tuna, are extremely unsustainable to consume. The supply of wild salmon has been decreased due to overfishing. Farming has now become a realistic solution to meet the demand for predatory fish. Fish farming is also fraught with a plethora of unsustainable challenges.

Farm-raised fish is also less nutritious than wild-caught fish, and it has the potential to pollute our water sources. They are more susceptible to parasites and diseases. And, even more so, if pests from farms escape into the wild, they can endanger the health of native species.

Why aren’t we using small fish for human consumption?

Now that many studies have shown the benefits of consuming small fish without making them into fishmeal, one of the reasons we still aren’t really selling them for direct human consumption is the lack of ability to process small fish.

Meaning, most seafood processing equipment is able to automatically process bigger fish. Usually, older-type fish processing machines have fixed-size pockets for all fish, making the cuts inaccurate. And if you put a smaller fish in a large pocket that’s fixed to cut the head off at a certain distance, there won’t be much left from the fish meat itself.

On the other hand, processing all the small fishes by hand, using human labor, isn’t the best solution both money and efficiency-wise. 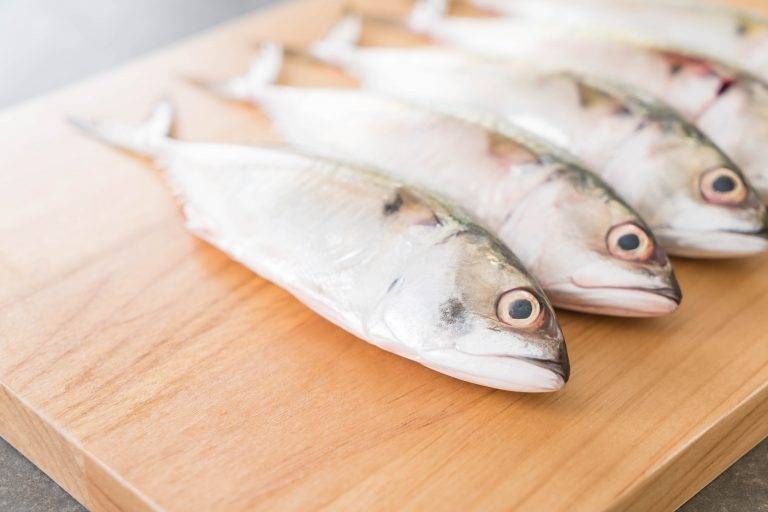 Acknowledging this problem in the industry, our engineers here, at PERUZA, have worked on finding the solution. That’s how we came up with our Drum-type nobbing machine.

The technology is designed as a high-capacity small fish nobbing equipment, that can process up to 900 small pelagic fish per minute! This intuitive and effective equipment can significantly reduce the costs of the company’s production.

Our drum-type nobbing line is perfectly suited for processing fish in the length of 90 – 140 mm, such as sprats, anchovies, capelin, and others.

PERUZA’s drum-type nobbing machine for small fish has even more benefits than already mentioned above. Some of them include:

The fishmeal industry is a huge problem globally that affects not only the seafood market as a whole but many environmental aspects as well. Though, as we now see, there’s a hope that more and more fisheries will acknowledge these issues and start to look for solutions.

If your company is ready to make some input in the global changes for the better, showing that it IS possible to manufacture small fish for human consumption, feel free to contact us at info@peruza.com, and we’ll be happy to help you choose the best solution for your company! 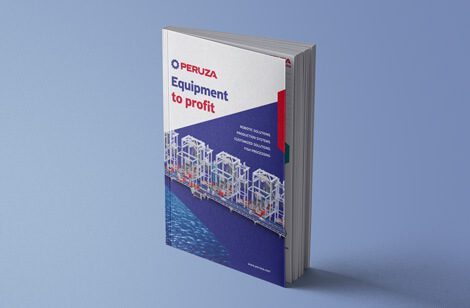 Sign up to receive our newsletter about the most recent projects and more, and instantly receive our product catalogue in your inbox! 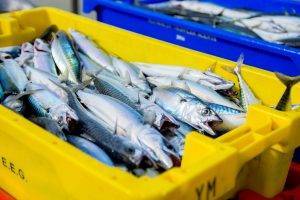 3 fish grading types, and which one is the best for your business

In this blog article, we tell you about three types of fish sorting, and how to know which one is the best for your business. 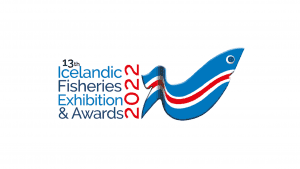 PERUZA is taking part in The Icefish Exhibition 2022

In this blog article, we introduce the latest news that PERUZA is participating in The Icelandic Fisheries Exhibition & Awards 2022, and how to find us there.

Sign up to receive our newsletter about the most recent projects and more, and instantly access our full product range catalogue which includes detailed information of all our base products and solutions!

We take your privacy very seriously and will only send the occasional newsletter about our company, the most recent projects and more. You can opt out any time.